I never thought I’ll be posting something long and boring like this but feeling like putting few words on this subject.

Its been 6 years and 1 quater I lived in this classy city Pune. Have seen this city growing like anything and now its feeling bad to leave this city of geeks. 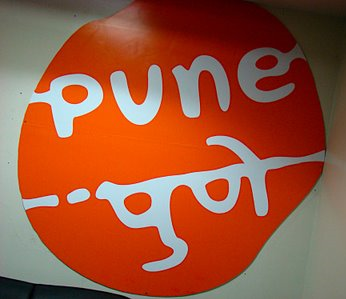 I love Pune because:

# City of Geeks: You always bump onto a few geeks everytime you are out. We organized many BarCamps and other Camps here and noticed that the talks/crowd of Pune were more inclined towards geeky stuff than general talk-talk stuff.

# City of Wannapreneurs: I love the wave of Pune’s special wannapreneurs. Everyone(nearly) is jumping up with a new concept and doing something very interesting. Saw rise and fall(very less though) of some very nice startups.

# City of Wannabe’s: People in Pune are there to learn any damn (technical) thing they can. I found so many such people here who are ready to do anything to learn something new. And when it came to my hacking zone I found more number of such energetic people who are ready to bunk classes and offices just to learn something cool. Ya I’m not talking about roadsense and some other stuff 🙂 That might take some time.

# City of Foodies: I loved this charateristics of Pune. Though you’ll not find a lot of roadside fun eating joints, but I really like the kind of eatouts Pune has :P~ Someone who is foody like me will always find Pune as a fun place to be in. Starting from typical Puneri food to all the different cuisines. From Dots ice-cream to Naturals. From Gulabjamun to Basundi. From handi dahi at sinhagadh to goodnight at ajuba. STOP IT ROHIT!!!

# City of Non-Tech Communities: How can I forget my Royal Enfield gang “RoadShakers”. Then we had Pune Eatouts, Wine Tasting Club, Pune Trekkers, Adventure Sports Clubs.

# City of Enthu Students: If you are in Pune and need a quick helping hand in any thing, just get in touch with a 1-2 students and see how the whole work is done. I loved the enthusiasm of students community here to DO something.

# City of Wonderful Night Life: I remember coming home at 2am or 4am from parties and still it used to be so safe. So many beautiful places for wonderful night life in Pune. So many people in the wee hours at the parties.

# City of Art and Culture: People here still have time to spend on art and culture. I know people leaving jobs just to do paintings & photography. Attended so many concerts so many many big artists. Even watched marathi plays here.

# City of my great friends: I made a great circle of of friends here in Pune. Every hangout I used to bump on to some new and some old friends. Would it be OK to name a few here??? Let’s not hurt readers with a LOOOOONG list of names here. But all my friends know how much thankful I’m to them for being in my life.

I know I have listed things those were of my interest and there can be hundred such lists by different people and thats the thing I love about Pune. A city for everyone, always there to welcome one and all with open arms (ya I know this statement went little bollywood style). I can still write a lot about Pune but that will surely put you to sleep.

Its little hard to leave Pune and its forcing me to plan my comeback in this city. I’ll be back Pune. I’ll miss Pune and seems like Pune will miss me to.